Phase 1 of the Bitcoin journey is complete. Over the past 10 years we have seen the Bitcoin network rebuff questions as to whether it would survive as a concept. Today, we see the bitcoin cryptocurrency gaining monetary premium as prominent institutional investors identify it as the ultimate inflation hedge. As we transition into 2021, observers are turning their attention to what a financial market built around the world’s first cryptocurrency will end up looking like.

The talk of the town over the past year has been focused on the potential of decentralized finance (DeFi) for digital assets and financial smart contracts, protocols and applications built on Ethereum. A development with equally promising potential to shake up crypto markets are layer 2 technologies, the overlaying network of services that expand on a blockchain’s capabilities.

This post is part of CoinDesk’s 2020 Year in Review – a collection of op-eds, essays and interviews about the year in crypto and beyond. Edan Yago is a neuroscientist and entrepreneur who dropped everything nine years ago to focus on Bitcoin. He has most recently contributed to bitcoin-native DeFi platform Sovryn. Previously, Yago founded Cement DAO and Epiphyte to provide global remittance with bitcoin.

This year has seen the rollout of the first layer 2 projects. In fact, Ethereum co-founder Vitalik Buterin himself has stated that layer 2 is now the roadmap for Ethereum, and by extension other blockchains, too. This means that other scaling solutions, or ways to improve a blockchain’s functionality such as tokens – application specific bits of code – could become obsolete.

Will the success of layer 2 developments mean the demise of altcoins?

2020: The high watermark for altcoins

In the beginning there was only Bitcoin, and it did something quite remarkable – it created value out of nowhere. The Bitcoin blockchain had been designed to create only one thing – bitcoin. As others jumped onto this alchemist bandwagon, a multitude of alternative coins were created that were meant to function in a specific application like health care, identity or gaming. In reality, almost all of these projects ended up going nowhere.

There was one notable exception. Ethereum, and its provision of smart contracts provided real functionality even if the results of its open system are dubious. Its native currency, ether, is the second-most popular cryptocurrency after bitcoin and it is rapidly growing. Ethereum’s first “killer app” was the initial coin offering, a way to create more tokens.

However, with the rise of DeFi in 2020 Ethereum’s technological flaws have come into relief.

Ethereum is notorious for being incredibly slow, expensive to use and inefficient to the point where it is sometimes difficult to even get a transaction in. Progress has been frustratingly slow on Ethereum 2.0, the blockchain upgrade designed to address these issues. As a result, Ethereum developers in 2020 turned to layer 2.

This year, the technologies around layer 2 have matured dramatically. On Ethereum, this has taken the form of DeFi projects being built on rollups (off-chain aggregations of transactions inside an Ethereum smart contract) consisting of both Optimistic rollups and zero-knowledge proofs or ZK-Rollups. When performing transactions on a rollup, the only confirmations made on Ethereum are in aggregate, meaning that for the vast majority of transactions Ethereum’s native currency doesn’t need to be involved at all. Such a move significantly alters the importance of the underlying chain.

On Bitcoin, DeFi applications are being rolled out on Lightning network and sidechains such as RSK. 2020 was also the year that interchain solutions such as Polkadot, NEAR and Cosmos went live, effectively as layer 2 solutions for Bitcoin and Ethereum connected via “blockchain bridges.” For instance, Sovryn, a decentralized bitcoin trading and lending platform, takes advantage of Bitcoin layer 2 technology while deploying a bridge to the Ethereum ecosystem. Keeping its native currency as bitcoin and giving primacy to stablecoins results in a solution that is faster, cheaper, more secure and easy to use. What this means is that the primacy of the “chain” is diminishing fast.

Until now the success of a blockchain lay with the number of people willing to believe in its mission. Buying into an initial coin offering or a token was similar to betting on that particular chain succeeding against competitors in a crowded marketplace.

Layer 2 solutions represent a fragmentation of the chain-first approach. Because there are so many layer 2 methods and systems, and no clear way for the ecosystem to coalesce around any one of them, the fragmentation we have seen this year will worsen. While layer 1 systems like Bitcoin and Ethereum have built-in interoperable standards, layer 2 does not. The implication is that the network effect will no longer be in the chain but in the assets. Look at bitcoin and tether in 2020. Both have migrated massive value across chains because the tokens themselves are the focal point, not the chains.

In face layer 1 irrelevancy, these altcoins will by nature lose their justification to exist.

As fragmentation accelerates, exchanging value will increasingly rely on interoperable or “cross-communication” solutions. The various different rollups will eventually need to subscribe to a common set of standards, and those standards will be the tokens or assets, rather than the chains. In this new world, altcoins will be at a severe disadvantage when up against the likes of bitcoin and stablecoins. This is because up until now altcoins have been based on the promise of a chain with unique properties. Their existence has been predicated on the idea that they would be the native currency for a chain that would gain in importance.

In other words, the value of these currencies is derived purely from the fact they are the “native currency” of a chain with unique features. In face layer 1 irrelevancy, these altcoins will by nature lose their justification to exist. Monetary premia will accrue instead to the things to which monetary premia traditionally accrues, which is broad acceptance and deep liquidity.

This trend towards irrelevance will include ETH. People have assumed ETH as an altcoin should be valuable, because Ethereum is popular. But something strange has happened on Ethereum in that there is as much value on the Ethereum chain in the form of bitcoin, stablecoins and other tokens, as in ether.

The dollars and bitcoin on the Ethereum chain effectively provide the ability to transfer value without the need for ETH. Smart contracts can easily be ported to a different chain when transferring tokens over on a bridge (which is what happens whether you’re moving to RSK, Polkadot or a rollup). What we will begin to see is the breakup of the Ethereum ecosystem in a world where two notably bigger currencies, dollars and bitcoin, are accepted and liquid forms of value transfer. The primacy of ETH is unclear, it’s future uncertain.

Looking forward, it is expected that fees on Ethereum will very soon become so high that new and current users alike will be pushed out. Some of them will abandon DeFi and self-sovereignty altogether and go to exchanges. Some will migrate to layer 2 in the form of rollups. And some will take advantage of the interoperability provided by “bridges” via RSK, Polkadot or Cosmos.

The fragmentation of the smart contract space is expected imminently. Instead of consolidating around the different base layer blockchains, a consolidation will occur around assets.

Tokens will flourish more than ever, but the nature of these tokens will change. Rather than trying to capture a monetary premia, tokens will represent other types of asset classes such as equity and debt in the form of crypto bonds and derivatives.

What we’re going to realize in 2021 is that the decentralized monetary system is effectively represented only by bitcoin and stablecoins. That’s it – they’ve won that game. Now that the game is over the next challenge is going to be the decentralization of the financial layer, and the creation of financial tokens will play an important part in that. For bitcoin, we are at the end of the beginning.

No longer a proto-money, bitcoin is becoming the reserve currency of the future of finance. For altcoins we are at the beginning of the end. Bitcoin is no longer limited to a single chain, and the theory of chain specific currencies is being debunked. 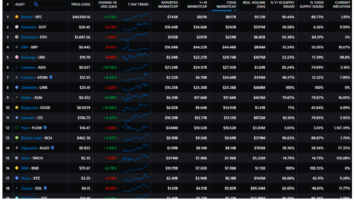 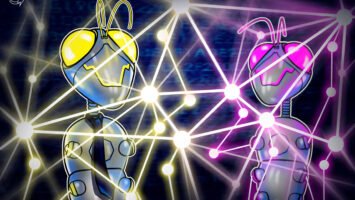