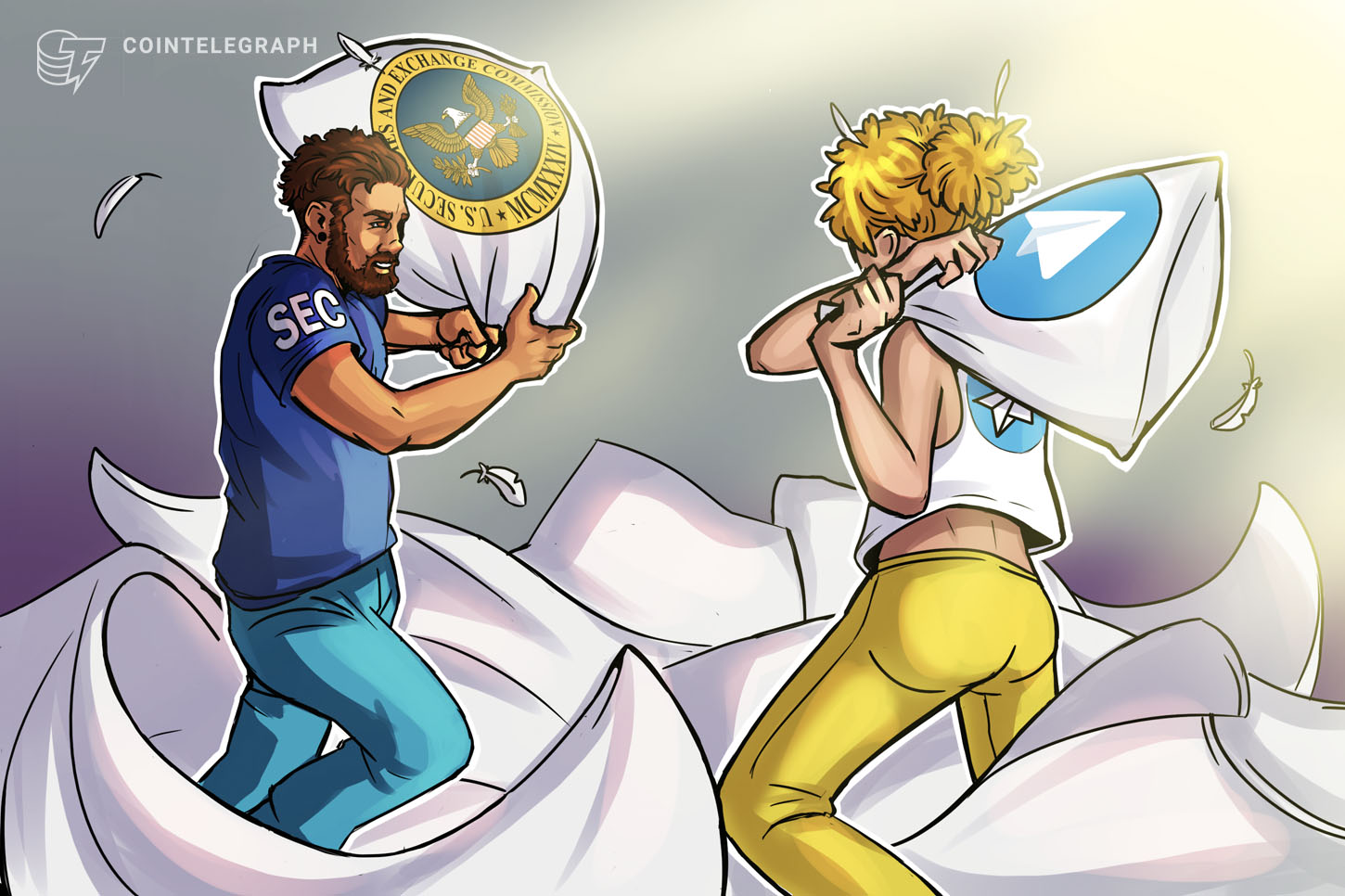 In her July 21 speech for Blockchain Week Singapore, Securities and Exchange Commissioner Hester Peirce, known among the industry as ‘CryptoMom,’ spoke out on her opposition to the SEC’s recently concluded suit against Telegram.

SEC action against Telegram served neither investors nor mission

Peirce’s speech, entitled “Not Braking and Breaking,” emphasized the roles and responsibilities of regulators regarding innovation, particularly in the light of the case against Telegram that came to an end in June.

Telegram had sold $1.7 billion in contracts for GRAM tokens, which would be the native token of the Telegram Open Network. As preface, the commissioner explained:

“Enforcement actions can be instructive to people other than the wrongdoer, but are not an appropriate mechanism to create new law. Our regulatory integrity demands that enforcement actions be premised on a violation of a clearly articulated statute or rule.”

A common criticism of the SEC’s actions as they relate to crypto is that they are governing by enforcement rather than providing clear rules that companies can abide by. Moreover, Peirce referred to the SEC’s stated mission of protecting investors and questioned who had been served by shutting down the Telegram Open Network:

“Who did we protect by bringing this action? The initial purchasers, who were accredited investors? The members of the public, many of whom are outside the United States, who would have bought the Grams and used them to buy and sell goods and services on the TON Blockchain? Did they really look to U.S. securities laws for protection? Would-be innovators, who will now take additional steps to avoid the United States?”

This seems to be the first time that Peirce has publicly positioned herself in opposition to the SEC’s work against Telegram. While discussing her safe harbor proposal with Cointelegraph back in February, she declined to comment on the matter — as the SEC requires of ongoing enforcement actions.

Commissioner Peirce could not be reached for comment as of press time.

Outside its own boundaries

Peirce also highlighted an interesting and ongoing argument about the global boundaries of the SEC’s authority. Telegram’s owner and founder, Pavel Durov, has repeatedly attacked the regulator as trying to dictate global markets. Less stridently, Peirce suggested that the commission was indeed overstepping:

“While the United States certainly has the most robust capital markets in the world, and while we work hard to preserve those markets with a fair and efficient regulatory structure, we would do well to recall that our way is not the only way. We should be cautious about asking for remedies that effectively impose our rules beyond our borders.”