The ‘flippening’ was short-lived and MKR has now reclaimed its position above LEND, SNX and Compound (COMP) and currently sits at number 28 on Coinmarketcap with a market capitalization of $453 million.

The switch up likely occurred as LEND price corrected sharply today, dropping 16.5% to $0.313.

LEND has been outperforming MKR recently by notching new all-time highs daily. As the hype around the growing DeFi sector continues to grow, governance tokens have been some of the best performing tokens of 2020.

The tokens do not bring a direct monetary benefit to the holder, apart from speculative gains, but they allow them to have a vote in the protocol decision-making process. For some investors, they view this as an incentive or a long-term bet on the success of the DeFi sector.

The concept behind LEND is somewhat similar to MKR but they differ in the way they generate lending and credit opportunities as their respective tokens give users a vote in protocol changes. This is especially important in the case of MakerDAO which requires its community to keep an eye on the price of Ether (ETH) to ensure DAI’s peg with the U.S. dollar.

SNX is the underlying token for the Synthetix decentralized exchange where users can trade on-chain assets pegged to the value of assets like gold and stocks. Basically SNX holders are incentivized to pledge their tokens to create these tradable assets with staking rewards.

“Aave will also be making credit delegation possible, where party A can delegate their credit line to party B, who can borrow against it. This will all be made possible by a legal agreement via OpenLaw. For example, a credit delegator could be a party that wants to build up more credit, and a borrower could be a business, NGO, government, institution, etc.”

As the DeFi space continues to boom and produce gains remescient of the initial coin offering (ICO) craze in 2017, signs of a similar bubble scenario are beginning to appear as a variety of obscure projects are posting triple-digit gains each week. Despite these signs, institutional investors seem to be setting their focus on this new world of finance. 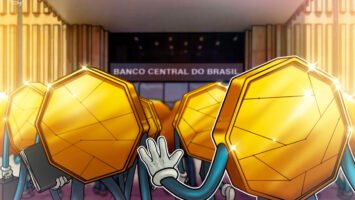 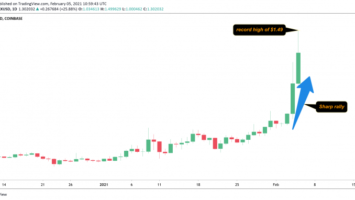