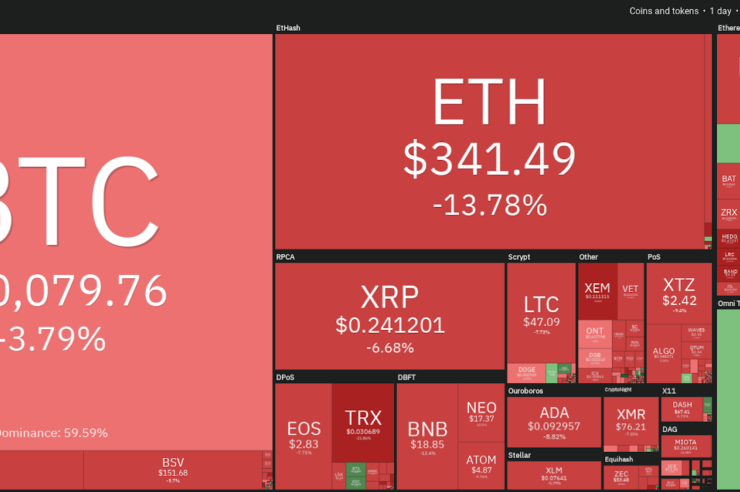 The past week has seen a significant sell-off across the markets with Bitcoin (BTC) losing more than 10% of its value. Other cryptocurrencies have been showing even more weakness as Ether (ETH) dropped by 30%.

In addition, the commodity and equity markets have also slid as the Nasdaq had a significant red week as well. The next step for the markets right now would be finding a bottom structure. Let’s look at the charts.

The daily chart shows that the price of BTC is resting on the previous resistance zone of $10,000. This resistance area was established during the sideways action after the Bitcoin halving in May.

Clearly, the previous range support at $11,100 was lost, after which Bitcoin wanted to participate in the World Championships of Nosediving. However, it was not unreasonable to expect such a drop as the chart shows.

The CME chart still shows an open gap between $9,600 and $9,900. These gaps are often filled, and the argument that the bottom may be found at $9,600 is certainly plausible.

However, as the chart shows, if the price of Bitcoin shows weakness through the weekend, a potential new CME gap can be formed.

The price of Bitcoin closed at $10,625 on Friday evening with the CME futures. So if the price opens on Sunday evening lower than $10,625, a new CME gap is likely. In other words, this potential gap could fuel a relief rally to the upside.

What’s next for the price of Bitcoin?

At this point, a potential short-term bottom may be the case, which means a relief rally can be expected.

However, whether it will be the final bottom for this recent correction is up for debate. But a few scenarios can be derived from the current chart. The scenario anticipates a potential filling of the CME Bitcoin futures gap.

This scenario anticipates a potential bottom formation around this gap, after which a bullish divergence would confirm a short-term trend reversal. The crucial pivots here are the support around $9,600, after which a bounce has to occur off the gap, and the $10,000 area needs to be reclaimed.

If that scenario plays out, the CME gap is closed, and the market might have formed a bottom as far as this correction goes.

Once the $10,000 is reclaimed and the CME gap is closed, then a retest of higher levels becomes more likely than a further downward correction.

However, if the CME gap doesn’t stop the drop, the following levels should be watched for potential areas of support.

Overall, the markets are looking shaky and investors should be cautious about entering trades in general before a clear construction can be seen in the charts.

The views and opinions expressed here are solely those of the author and do not necessarily reflect the views of Cointelegraph. Every investment and trading move involves risk. You should conduct your own research when making a decision. 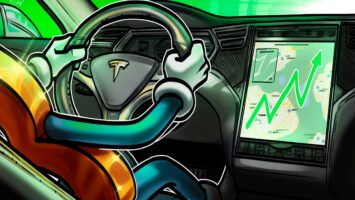